See some of the creatures we’ve found on the land. Where possible, the location on the land as well as when the photo was taken have been included.

Click ‘Start Slideshow’ or one of the photos themselves to see a larger image. Click here to get back to the top of the Plants and Creatures page. 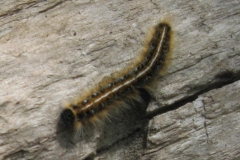 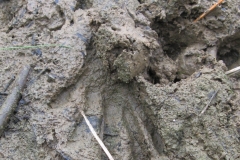 Beaver Print~~ Found along the south side of the pond, January 15, 201(photo by Jeffry) 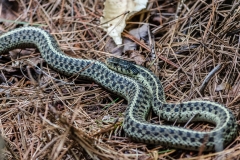 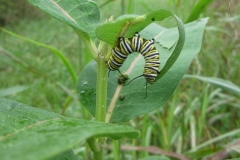 Monarch Caterpillar on Milkweed~~Found Sept. 28, 2016, near the community garden (photo by Jeffry) 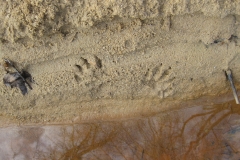 Racoon Print~~Found Jan. 2017, in the sharp corner on the south edge of pond (photo by Jeffry) 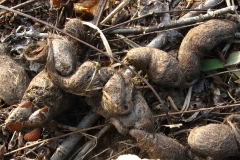 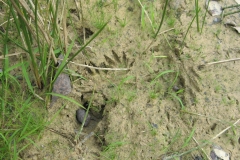 Beaver Paw Prints~~Found Jan. 2017, on the south side of the pond (photo by Margret) 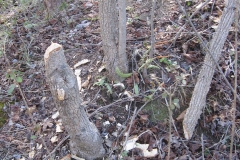