Collaborative Farming: the Way of the Future 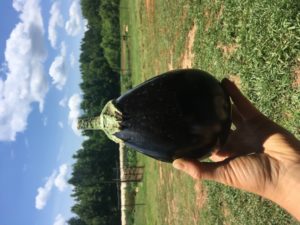 Doug Jones, a professional farmer here at CGEV, says that “collaborative farming is the farming of the future, a contrast to the small family farm that necessitates a large financial outlay. This is how farming has been practiced historically, as a tribe.” And this is how it is practiced at intentional agrarian communities. Doug, a resident in intentional communities for many decades, believes this way of life to be central to promoting collaborative farming.

As he gets older, Doug sees himself becoming an elder, contributing his knowledge and experience as the legacy he wants to pass on to the next generation. His drive to recruit a new generation of farmers is part of the current CGEV mission as the community needs and wants younger people to get involved. Doug’s vision as he continues on into old age is to work alongside this new generation that he has been able to mentor and help them pass this experience on to others.

When asked what Doug looks for in interns he replied, “A desire to learn enough to be able to grow and manage their own farm or to be part of a cooperative farm in the future.” Doug is well known in the farming community for his seed saving and plant breeding and looks for those who are like minded in the interns he chooses to mentor. The internship can be a way to see how good a fit they would be for this vision of an alternative future for

Lara Struckman, the current intern at CGEV, likes to spend her first hours each day re-connecting with the land: and will walk around the crops, “getting clear on how they are doing and where the land is at.” She will check in with Doug to see what is needed and gets started on the day’s tasks; this might include hoeing, planting, weeding, watering or harvesting. You can see her on the land carrying harvested buckets of cucumbers, zucchini, lambs’ quarters, carrots, onions or beans.  Lara particularly values moving through the seasons of crops grown at CGEV and says, “being part of the plant life cycle is very rewarding.”

For Lara, being part of the community here at CGEV is another aspect of her life. She has her own apartment in the newly built barn – a kitchen is pending – and also spends time with others living at ‘The Nest’, (a cooperative living arrangement in a house on the land) preparing group meals, planning and taking part in events, and joining Zoom Circle meetings. She enjoys being part of the continuing evolution of our ‘tribe,’ enjoying interacting with a wide variety of people. Lara sees passing on the knowledge that Doug has given her, knowing that those people will then in turn, pass that knowledge on, as part of her role here at CGEV.

This entry was posted in Uncategorized. Bookmark the permalink.